Chicago band Ably House aren’t afraid of the dark. They take their name from a Galena, Illinois haunted house, the site of numerous suspicious deaths ending in the grisly 1877 murder of Swiss farmer Jacob Ably at the hands of his own son. Local legend has it that the stairs where Ably slowly met his bloody end from his bullet wounds had to be painted red to hide their sinister stains. His son — who some believe was avenging his mother’s death, officially labeled a suicide – received a life sentence, and when he died in his cell nine years later, his obituary called it “the last chapter of a history of a terrible crime, that, it is believed by many, was the culmination of a series of greater crimes on the same spot… the secrets of which are buried in the grave of the murdered man.” Until now, perhaps. Like any great ghost story, Ably House’s goosebumps-inducing debut album Posey Hollow Quartet swirls with dark spirits, suspense and surprises. “A Ghost Song” even boldly summons the specter of Jacob Ably himself across a Ouija board of otherworldly harmonies, classical guitar and 12-string acoustic with a hair-raising riff that sounds like it too is taking a dramatic tumble down that scarlet staircase. Patricide and murderous ghosts make for pretty scary subject matter, but in Ably House’s capable hands, the only thing to fear is missing out on all the spooky fun.

Dying to know more about their music and its shadowy inspiration, I reached out to the band directly. As guitarist and Galena native Andrew Bockelman explained to me, “The lore of the Ably House stuck around in our minds for years before we finally visited it,” and a trip to behold the haunted house off Posey Hollow Road in all its faded, ominous glory soon became “part of our initiation for new members.” Allow him to initiate you, dear reader, with this spooky account: “Our first attempt took us to where a bridge was out and only passable by foot. It was a dark, foggy night and out where there’s no cell service. After aimlessly walking through the woods for enough time, your eyes start to adjust to the darkness and you’ll begin to see and hear things that aren’t actually there.” Or … are they?

“When I first brought our bass player, Neil Candelora,” he added, “we got scared about a light in the distance.” Usually the house revealed itself only by the light of the moon. “Having no idea what it was,” Andrew added, “I thought it would be a good idea to start recording a voice memo.” If you’re curious what transpired next for our brave band of ghostbusters with Rickenbackers, just listen closely to the music. “The recording of this experience is sprinkled throughout the album,” he explained, and “any time you hear whispering or the train sounds, that’s from that night.” In between, you’ll hear everything from eerie glockenspiel to paranormal drum circles, supernatural 4-part harmonies, and 12-string séances resonating through woozy Leslie rotating speakers.

Ably House have scared up a respectable following on YouTube conjuring the spirit of the Fab Four on Beatles song tutorials (in fact, Neil, Andrew and drummer John Perrin don mop tops in several Beatles tribute bands), but you’ll also find them delving into video game theme songs, AC/DC and even Beethoven. Their original songs fall into a strange sweet spot somewhere between the classic and the fantastical. The adventurous melodies and weeping guitars achieve pure Beatles bliss and even ride a few “Ooh-wee-ooh” Beach Boy waves. Meanwhile there’s an elevation of the acoustic guitar invoking the ghost of Elliott Smith, a dreamy infusion of the blues on “Grave Song,” plus some spirited flights of experimental fancy reaching their climax in “Septophobia,” or fear of decay. Andrew shared that this song features “an ocarina, an old clock, an African Talking Drum and some other bongo instruments to recreate a drum circle.” “Provewrong” and “Open the Door” delve into tough but tender Shoes-esque power pop. Fittingly, the former “was written by Daniel [Martinson, the band’s other guitarist] as an experiment to mix metal with 60s pop,” Andrew told me, and it calls out “skeptics who get caught up in their own narrative and can’t be open minded to new ideas.” In the angsty “Melancholia,” the band asks, “Will you help me get to someplace new?” on the wings of Moog and trombone tones, but it’s already clear that while they’ll dig through the classic rock graveyard in search of inspiration, they’re not afraid to take their influences to haunting, novel places.

Check out the album promo video below: 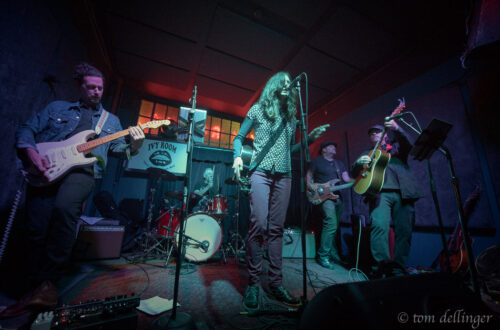 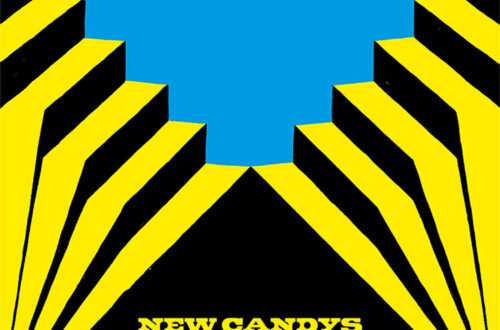