Spring is here, and so is new sunshiney, twangy 70s pop from The Gabriel’s Dawn. 2 new singles have recently been released- “Loose Canyon” and “We”

The band have all known each other socially for years. Gudg and Fran had some songs and they asked Leon if he fancied adding some guitar and soon after Stuart jumped on board and The Gabriel’s Dawn were officially born in 2020. Despite hailing from England, the band’s sound carries a clearly Californian influence- jangly Byrds style guitars, an early 70s folky, country-ish vibes all around. Gudg’s vocals are a warm, pure sound reminiscent of groups like The School or Camera Obscura, and a perfect compliment to the sound.

The band’s first single, “Loose Canyon” was released at the end of 2020. Jangly rickenbacker guitars abound, and warm vocal harmonies make a perfect soundtrack for driving along some dusty roads in Joshua Tree in the early summer. Even the music video just nails the style and sound they’re going for- big sunglasses, suede, fringed jackets.

The second single “We”, was released in April 2021, and is such a sweet tune. In the words of the band, it’s “a country tinged jangler and a nod to some of our fave Cosmic country influences such as Later period Byrds, The Flying Burrito Brothers, Gene Clark and Emmy Lou (plus a Booker T & the MGs style bass line…what’s not to like?!)” There’s a definite country lean to it, but a bouncing rhythm from the bass and drums keep things sounding 60s pop. A sweet love song tinged with twang, the Gram Parsons/Emmylou Harris influence is clear here while still also sounding decidedly modernized. The video for the second single, “We” was filmed at the same time as “Loose Canyon” from the looks of it, with some wardrobe changes and both videos are just great accompaniment to the tunes.

The Gabriel’s Dawn are currently recording their debut album, and it’s definitely one to watch out for! 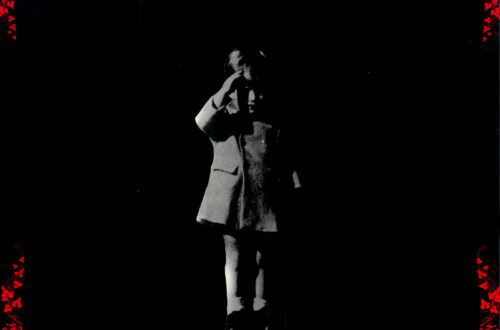