On this Fourth of July weekend, POW MAGAZINE attended Portland, Oregon’s Waterfront Blues Festival for the very first time. The Blues is not POW’s regular music focus. However, in this instance POW MAGAZINE was invited to the Waterfront Blues Festival to provide media coverage of the Vintage Trouble Band. Vintage Trouble was scheduled to perform two shows, one on the main Beaverton Blues Stage and then in the Marriot Hotel Ballroom after hours venue. They also appeared at a meet and greet session at the Music Millennium tent where their devoted fans could meet them in person and purchase CD’s and LP’s and have them autographed. POW was able to interview the band before their performances- check out the full interview below:

Vintage Trouble is a high energy Soul, R & B, Blues and Rock sound all rolled into one. They play all of the highest level festivals and concerts such as Glastonbury. They have been featured on the Austin City Limits television show and have appeared on all of the late night TV shows such as David Lettermen, Conan O’Brien, Jimmy Kimmel, and The Tonight Show. They have appeared on tour with such legendary bands as The Who, AC/DC, Lenny Kravitz, Bon Jovi and The Rolling Stones, to name a few. They have released three albums since the band’s inception in 2010. They are originally from the Los Angeles area. Vintage Trouble is Ty Taylor on lead vocals and trombone, Nalle Colt on lead guitar, Rick Barrio Dill on bass and Richard Danielson on drums. On stage they are electric and Ty Taylor whips the crowd into a frenzy. Their sound is driving and hard, yet blends Soul, R & B and Blues grooves and riffs into a hammering rythem that holds the listener tightly in the pocket. When Taylor begins to slither, grind and slide on stage the crowd becomes spellbound as if a Hooded Cobra were about to strike. He holds the crowd like a ball of putty in his had and cajoles and molds them to his liking. He has been described as “James Brown on steroids”. That’s putting it lightly. He’s more like James Brown on NAPALM! Volatile and explosive is more accurate. Of all the acts at this year’s blues festival, Vintage Trouble easily whipped the crowd into the biggest frenzy. You can see more of Vintage Trouble at their website: www.vintagetrouble.com.

Check out a video from their live show below:

The 32nd Annual Portland Waterfront Blues Festival put it all together for four days of every kind of Blues, Soul, R &B and Zydeco acts imaginable. Throw in a fire works show, blues cruises and late night after hour shows and you had an unbeatable package. But none of it would come together without the efforts of the stage crews, countless volunteers, vendors, donors, benefactors, corporate sponsors, entertainers, performers and most importantly the throngs of visitors who came to enjoy the music and support The Sunshine Division’s efforts to fight hunger in the Portland community.

See the entire photo gallery below:

I am an entertainment, show, band, concert and festival photographer experienced in shooting events of all sizes and genres. I am located in Portland, Oregon and am retired and no longer do any shooting or writing on a commercial basis. I am a contributing writer and photographer for POW Magazine. My past photo-journalism experiences since 2003 have been with a number of local Portland and Seattle entertainment. These include Portland's Positively Entertainment and Dining Magazine, Portland Music Review, the Cascade Blues Association Blues Notes Magazine, Northwest Karaoke and Live Music Review Magazine, and with the independent blues label, Delta Groove Productions in Los Angeles (9 yrs). For the past three years (2016-2019), I was a a writer/photographer to the www.x.dmndr.com ezine in New York. I also send occasional Karaoke feature articles to KaraokeScene magazine in Los Angeles. In addition, I publish my own Karaoke blog, West Coast Karaoke Review on Facebook where I write and photograph feature articles on regional Karaoke bars. I got my start shooting and publishing articles while in the Navy on my final ship the U.S.S Halyburton, FFG-40, where one of my assigned duties was as the ship’s Public Affairs Officer. This included submitting articles to local Charleston, SC newspapers along with the U.S. Naval Base Bowhook newspaper for two years until 1991. My goal with joining POW Magazine is two-fold, one, to shoot in as many new venues that I haven’t visited before and two, to hopefully benefit the bands that I cover and help them by providing strong photographic, journalistic and video coverage of their shows. POW Magazine’s Editor Sheena Salazar has already begun my training and immersion into video-journalism by having me shoot video on my first assignment, the Blank Tapes. Additionally, Dennis has taken the time to train me Editorial duties and in the mysteries of posting videos to Youtube. Now I have morphed into an actual Youtube Content Contributor! I feel fortunate to be provided the opportunity to expand my media horizon and be a member of the POW Magazine Team!! I presently am standing in for Sheena Moore as Temporary Acting Editor while she is on leave. 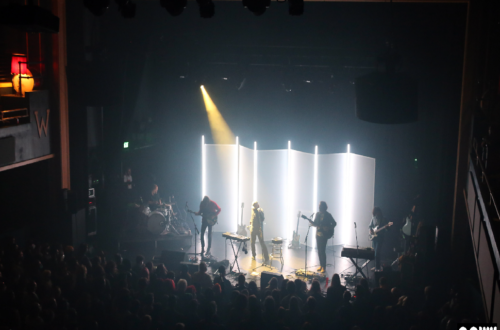 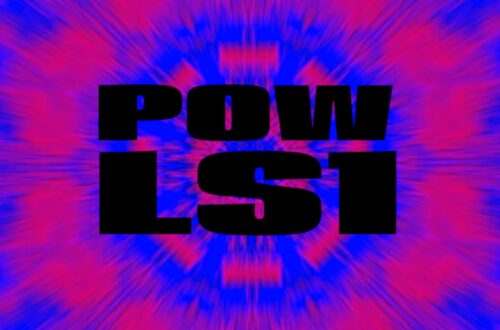