Iconic British psychedelic pop legends The Zombies are back to celebrate their long-awaited Induction into The Rock & Roll Hall of Fame, with a new album in the works and their 2022 “Life Is A Merry-Go-Round” Tour. This tour feels like a well-deserved victory lap after some major wins for this hard working veteran band, who are truly in a class of their own.

The band being inducted into the Rock & Roll Hall of Fame is certainly a significant event in the history of the Zombies, and one that was a long time in the making. After receiving their 4th nomination in 5 years, the support for The Zombies’ induction was undeniable – the band placed 4th in the public online poll with over 330,000 votes. On March 29, 2019 at Brooklyn’s Barclays Center, The Zombies were inducted into the hall of fame along with Stevie Nicks, Radiohead, The Cure, Def Leppard, Janet Jackson, and Roxy Music. Interestingly enough, the Induction Ceremony took place exactly 50 years to-the-day after The Zombies’ classic “Time of the Season” first hit #1 on the charts in America!

The band took to the stage on Saturday, July 16th at the historic Aladdin Theater in Portland, OR to an enthusiastic crowd, who were treated to a high energy and uniquely passionate display of seasoned musicianship. This is a band that has honed their craft over the course of many years, and it shows. The nearly 2-hour performance took fans on an epic journey through time, from their early hits to their 1968 masterpiece Odessey & Oracle, and on to various post-Zombies solo favorites, all the way to the present day, with brand-new material from their forthcoming album.

The band really appears to be enjoying themselves as well. Some classic bands head out on “reunion tours” and just seem to be up on stage because it’s the thing to do, or perhaps they need the money. The Zombies are not one of those groups – genuinely enjoying being on stage, performing classic and iconic songs as well as newly penned ones, they’re a delight to watch and their excitement and enjoyment is contagious. Clearly their love for performing has not faded at all over the years.

Colin Blunstone’s voice is still perfectly intact 50 years later, hitting all of the highest highs he ever did in the band’s heyday. Rod Argent is a truly impressive virtuoso on keys – it was a delight to hear and see him play these iconic songs live, and his organ and piano solos are nothing short of phenomenal. The entire lineup showed an enormously high level of musicianship and all worked together to get the crowd excited throughout the evening.

While all the major hits were represented, it was also a treat to hear songs like “A Rose For Emily”, an unexpected addition to the setlist which sounded incredible performed live. Another interesting choice was a rousing, 10 minute long rendition of Argent’s “Hold Your Head Up” which had everyone clapping and singing along. Of course, the hits were great to hear live as well – “Time of The Season”, which I had expected to be the encore, was planted firmly in the middle of the set and featured a lengthy, scorching keyboard solo by Argent. Classics like “Tell Her No” and “This Will be Our Year” had the audience dancing in the aisles. The band ended their epic set with an encore of “She’s Not There”, followed by a beautiful, pitch-perfect performance of “The Way I Feel Inside” with just Colin and Rod onstage. It was a perfect ending to an unforgettable show.

Between songs, the band gave quite a bit of backstory about certain tunes, which was really enjoyable. The story behind the release of “Time of The Season”, in particular was fascinating- the fact that the band had almost disbanded at that point before the track was finally released as the single from Odessey and Oracle and shot up to #1 just goes to show the true power of that track. And how fitting that they were inducted into the rock n roll hall of fame exactly 50 years after it reaching #1! Argent commented at one point that at the time the album was released, many industry insiders thought that rock and roll was reaching the end of its relevance and that perhaps they could squeeze a couple more releases out of the trend. It’s good to know in present times how long lasting an appeal the Zombie’s music in particular has had. Contrary to those predictions, it will be remembered for generations to come for how sophisticated, and yet completely accessible, it truly is.

The set list was a varied assortment of gems, including all the big hits, some obscure tracks, several from Odessey and Oracle, and several brand new tracks. The band announced that during Covid they recorded a new album, which will be out later this year. The new tracks, mostly ballads, were all fantastic, and Rod and Colin explained that there is quite a bit of orchestration that will be featured on these tracks as well, utilizing the same string quintet that ELO used on many of their albums. From the little taste they gave us at this show, it sounds like this new album will be really amazing!

The Zombies also announced through the social media channels on Wed July 28th, that there will be a new documentary about the band out next year. “Hung Up on A Dream” will be directed by Robert Schwartzman (of Rooney fame), and is set for release in 2023. According to Variety, “Principal photography has begun on the doc, which will chart the band’s 60-year career, which first started up in the suburb of St. Alban’s, just north of London. The doc will begin with the group’s formation by Rod Argent, Colin Blunstone, Chris White, Paul Atkinson and Hugh Grundy in the 1960s with hits such as “She’s Not There” and “Time Of The Season,” to their successful solo careers and eventual reunion and touring stints.” We are looking forward to both this new album and the documentary which sound very promising, and will certainly help the band gain a whole new generation of fans. 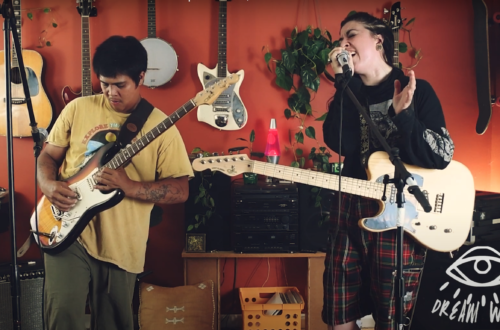 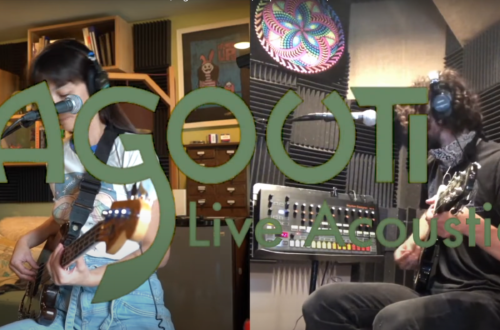