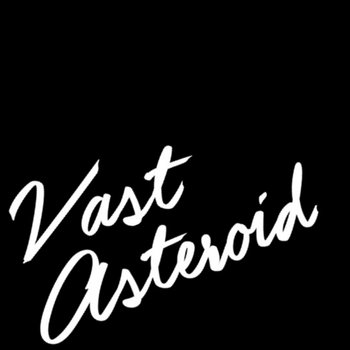 Vast Asteroid take the riffs written from stoner gods and inhabit my current mind. Mix it with Brit pop and shoegaze sensibilities and song structure delivered from all the cheeky and mesmerizing musicians that formed my youth. And shoot that into the stars with a nice little splash of space rock.

Super groups sometimes get a bad rep. That they’re nothing but an aging group of musicians trying for another shot at glory. But, look at Wake The Dead. Look at Them Crooked Vultures. And now, Vast Asteroid are here to fill a void you may have never even known you had.

Mimi Star, formerly of The Warlocks, takes bass duties. James Poulos, current column writer who’s taking his experience and knowledge and presents something truly special, something to say. Now, in addition to his writing he’s now also taking his guitar and voice and amplifying it into the heavens. And, Mark Reback, of Slaughter And The Dogs holds everything together like a superb glue with his drumming. Together they recorded their self titled debut at Rancho de la Luna in just one week and it’s clear as day squeezed every little second and let this absorb an insane amount of magic. And as an added bonus Dave Catching, of Eagles Of Death Metal fame, lends his talents to “Spacegaze”.