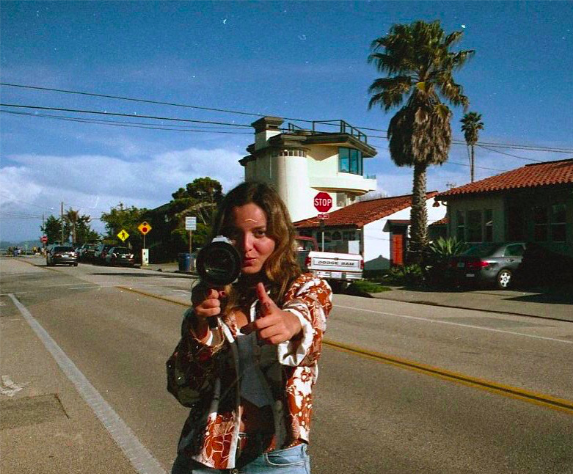 Carolina is a current student at the San Francisco Art Institute going onto her junior year, she is a photography major and a film minor from Puerto Rico. Her love for music began around the time her father passed down his Iron Maiden, Michael Jackson and Eagles vintage vinyl to her and her love for film and photography was inspired when by grandfather when he sat her down in his home movie theater and showed her the original Journey to the Center of the Earth and the old Charlie Chaplin movies. Ever since she has been collecting cameras and shoots mostly in analog 35mm or 16mm while developing her own film. As a photographer she likes to play with double and triple exposure in conjunction with flash photography while photographing musicians. Artists like David Lynch, Francesca Woodman and Annie Leibovitz heavily influence her and her work.

Outside of photographing for POW Magazine and being a full time student at SFAI, Carolina works with another SFAI student Madison Brooks in curating and coordinating their Love Train art shows at SOMA Street Food Park with live music and art all by bay area bands and artist.