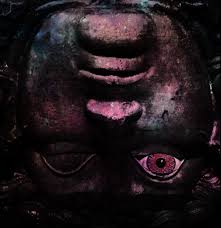 Babylon K expand their subconsciousness in the comfort of their garage on their new EP The Kasbah Experience. We’ve got Daniele “el Blanco” Dainelli on lead vocals, Giacomo “Jimbo” Goffo and Cheri on Guitars, and Emanuele Bitossi on bass. Their first release was a self titled EP released in 2015 but it’s here on The Kasbah Experience EP that we witness all members really coming into their own. It may be a grimy filthy experience but you’ll never grow without getting your hands covered in an unwashable substance that grows on you until you love it.

“Lysergic Surgery” creates an all encompassing atmosphere with its beach soaked aura reminiscent of what The Wytches were doing back in 2014 with a greater sense of apocalyptic mayhem. The slow burning “The Run” spews its tale that’s alluring at first, both in story and through its sonics, until it knows how engulfed you are. Leaving everything behind because even if you return to that world you’re already too far gone. My personal favorite track “Calm Blue” is so distant and hypnotic i found myself dazing off into the void of nothing where our reality truly lies. It’s like they summoned The Black Angels and The Dandy Warhols and jammed with them. “Pysch 2” is by far the most vicious in execution. With its seductive execution it forces your senses around its finger until you’re completely under its spell. Wrapping everything up is “Bengala”. It takes every little aspect seen before and binds them all together in a nice convenient little package.Babylon K never need a swift punch to your skull to trap you in their web but have truly mastered the art of punching through your pyshe into the ocean of everything inside of you. Opening the flood gates. Stepping back. And watching every once of your being drain from you.

Hopefully the wait for a full length album isn’t too long.