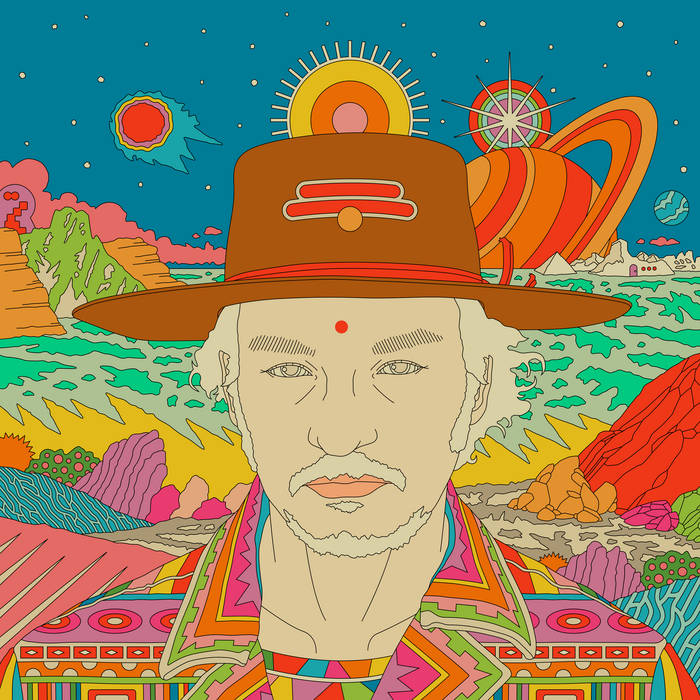 Night Beats Outlaw R&B is a guitar forward album with garage rock, R&B and psychedelic rock. The guitars are impressive with red hot leads that are next level blending vintage rock rhythms with 13th Floor Elevator psychedelia and fuzz tones. Outlaw R&B has several stunning singles including “That’s All You Got” a soulful chorus and an addictive guitar solo outro.

Danny Lee Blackwell, the band leader, is best known for his guitar playing and its full display throughout this album. His love for vintage rock, catchy choruses and acid drench psychedelic come through in brilliant technicolor flavors.

Outlaw R&B is the follow-up to the limited edition album Night Beats Perform “The Sonics” Boom and Myth Of A Man produced by Dan Auerbach of The Black Keys. Myth Of A Man is refined, highly produced and meticulously considered with lists of veteran guest studio musicians making an album of premium quality with strong popular appeal. The Night Beats Perform “The Sonics” Boom is a cover album playing the classic songs from legendary 60s garage rock band The Sonics with jangling guitars, captivating choruses and classic songs like “Louie Louie”

Night Beats released their first self-titled album in 2011 followed by Sonic Boom in 2013. These early albums contain a few of their most popular songs like ‘Puppet on A String‘ with fuzzy leads, surfy reverb, edgy rock and pushed vocals. Who Sold My Generation from 2016 had the band moving into songs that were more experimental with longer guitar solos and mind warping effects.

Night Beats Outlaw R&B combines elements from each of their previous albums. The high quality recording and production of Myth Of A Man is evident in the refined guitar parts and the subtle use of effects. Also the songwriting is catchy and refined. Outlaw R&B has plenty of vintage garage rock drawn from their early albums and the Night Beats Perform The Sonics Boom. They also get weird and experimental on a few tracks making Outlaw R&B an album that touches on every aspect of the band and their various musical inclinations.

Night Beats Outlaw R&B has many influences ranging from Jimi Hendrix, Velvet Underground and 60s R&B guitar to contemporary psychrock like Black Angels, heavy euro psych, Black Keys and more. The song ‘Ticket’ is the heaviest song yet from the band with a driven fuzz rock sound that is textured with unrelenting dark fuzz that feel a bit like Moon Duo or Suicide. The album has good variety from heavy and fuzzy to a song like ‘Hell In Texas’ with a cosmic folk country vibe and meaningful lyrics.

Night Beats Outlaw R&B is overflowing with good music, incredible guitar playing, diverse and highly considered tones. The recording and production on the album is clean, clear and balanced making for a great listening experience in any format at any volume. The packaging for the album is psychedelic and features 6 panels of otherworldly colorful artwork with images of UFOs, giant mantises, archetypes and lysergic corridors. The new partnership with Fuzz Club Records seems to be working out very well as the band changes its momentum from refined and popular music to their psychedelic rock roots.

The songs on this album get political referencing police violence, riots, loss and despair. ‘New Day’ is about watching the world through your window as it comes crashing down and being unable to sleep. ‘Stuck In The Morning’ has a uplifting feel with catchy guitars and cheerful lead lines. ‘Revolution’ kicks off with fuzz lead lines and lyrics about isolation and individuality. “walking around the streets with no one around…” and wrestling with ones thoughts. Blackwell states, “Start a revolution inside of my mind… I don’t care if I don’t fit in.”

Night Beats Outlaw R&B is not to be missed. The music sounds classic and contemporary simultaneously with upbeat rock, R&B and free wild garage rock sounds. Danny Lee Blackwell is easily at his best on these recordings and continues to be one of the most exciting songwriters and guitarists in the underground psych rock scene. While other guitarists are exploring dense effects and droning new sounds; Blackwell is refining his skill, timing and songwriting while skillfully utilizing effects. His songwriting continues to evolve and produce catchy and exciting music that can be heard on repeat without any ear fatigue. His smooth and off beat style is a sight to behold and Outlaw R&B is overflowing with captivating music. 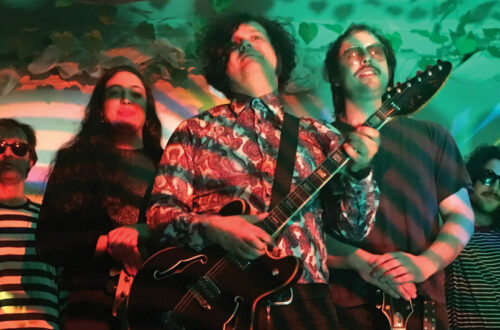