A synesthete’s review of King Gizzard and the Lizard Wizard’s new record might talk about a spinning technicolour blur occasionally coalescing into jagged sunbursts of purple, crimson and acid green. That’s if they didn’t balk at the hint of ripe cheddar from the Australian psyche overlords’ cheerfully unpretentious name. But after some 17 albums and more than a decade almost constantly on the road selling millions of copies to a legion of obsessive fans; it’d take more than a neurological disorder and an aversion to clichéd literary devices to dim LW’s coruscating brilliance. It’s internal rhyme anyway.

LW is the companion set to last year’s KG and the albums were composed during lockdown as a looping pair with the first beginning and the second ending with the eponymous KGLW. Indeed, since 2015’s Quarters which features four songs exactly 10’10’’ long each and 2016’s self-professed Mobius strip of a record Nonagon Infinity, King Gizz’s (hereinafter KGLW, UK slang prevents other diminutions) pulsating jams share a conceptual fascination with the circular and unending. LW is no exception. The album plays like one long richly textured song divided into something like chapter headings; the traditional LP format as much a convenience for the listener as it is poetic necessity. There’s no verse chorus structures here, tracks end abruptly, only to begin again somewhere completely, astonishingly different. No need to impose some unlooked for pop discipline that might inhibit KGLW’s widescreen, big sky invention.

The song cycle of their beloved prog forbears then. But what a song cycle. Ornately complex arrangements wear their now trademark Anatolian Rock motifs proudly on their Byzantine wizard’s sleeve, all threaded through with enough dizzying Arabesques from exotic instruments such as their favourite Turkish stringed bağlama to satisfy an entire monastery of whirling dervishes. There’s a rhythmic inevitability to KGLW’s best material – if not marching in lockstep, you’re definitely dancing in time. The ingenious Automation from partner set KG comes to mind. Tempo and feel too, are modulated deftly. The almost pastoral opening passage of LW’s second single O.N.E., complete with twinkling chimes and Folkways-style mouth organ rusticity, contrasts sweetly with the torrid blasts of doom-laden stoner sludge and thunderous fuzzed-out bass of most recent 45 Pleura, to create the kind of tonal light and dark pioneered by Led Zeppelin.

Along with the album’s continued exploration of the quarter note tunings of 2017’s Flying Microtonal Banana and frontman Stu Mackenzie’s campaigning lyricism, synthesis is at the throbbing green heart of LW.  Jazz funk, acid rock, metal, folk, prog, Turkish psyche, kosmische and Afro-polyrhythms all get the Melbourne pranksters attention, with a marked preference for the possibilities of analogue instrumentation over the sparsely used, brittle compression of digitally synthesized sounds. The wheezing clavinet funk and falsetto vocals of opener If Not Now, Then When? could sit comfortably alongside most Seventies space jazz fusion wax.

If KGLW is the band’s self-titled anthem, their Sabbath Bloody Sabbath, then Ataraxia is Australia’s post-Tame Impala Waltzing Matilda. It’s an Ancient Greek word meaning calm or mental equilibrium, as characterised by the easy going subcontinent’s unofficial motto: ‘no worries.’ Certainly not for Mackenzie & co. KGLW’s prodigious output is approaching those other prolific ur-jam bands The Grateful Dead and Hawkwind. Mackenzie’s still in his thirties. There is still so much to come. 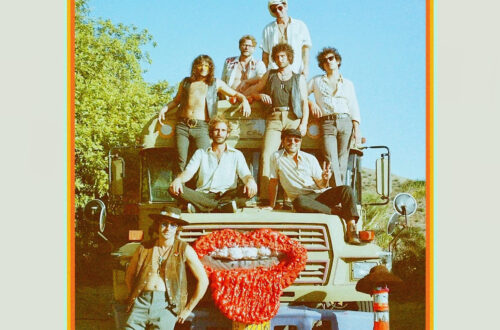 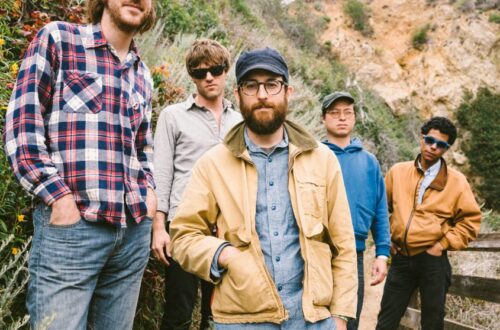